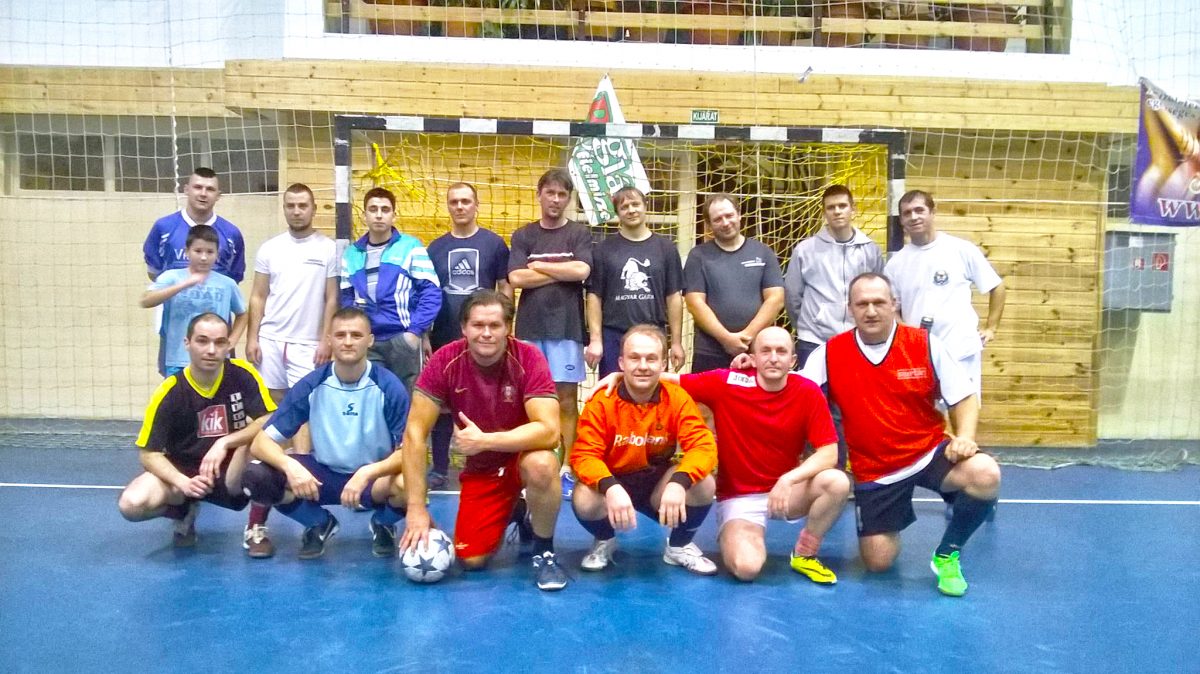 A key segment of BOREKO Association’s activities is sport. This is particular important for us, because in our running world, the society does not pay enough attention on maintaining the health of our beloved ones, healthy life-style and doing sports, as a physical-mental strengthening, developing opportunity. The members of our Association, in addition to being people, artists, actors dealing mainly with culture, all prefer healthy life-style and are great sport fans too.

Taking into consideration, that theatrical performances and related rehearsals require much motion, activity with significant energy usage. Accordingly, improving stamina, conditioning of the muscles and development of motion has utmost importance. The greatest opportunity to do so is doing sports, which improves, supports all the above areas.

Key preferred sports of our Association are football and judo. The reasons are as follows: we can exactly declare that football is the most popular sport in the world. The head office of our Association is situated in an East-Hungarian little town, Hajdúdorog. It’s specific to our region, that there is no other exit point for many youngsters having poor family background than football, and sport in general. Therefore, we considered it important to establish such a football club, which in addition to enable the opportunity to play for every generation, also performs the embracement of young talents, their direction to professional football teams.

Our football team established in year 2002 had the name: Gospel of Matthew, since Christian values has utmost importance for us. Moreover, Hajdúdorog is the centre of Greek Catholicism in the country. We used this name until 2006, however, one of our co-founder deceased within tragic circumstances this year, thus we replaced our name to Tamás Daróczi Club, abbreviated as DTC.

During its almost 20 years of career, our football club achieved many successes, including winning different football championships. Which we are really proud of is that we made football beloved by so many people thanks to our active work, organization of sport events and football championships, and provided motivation to active participation to the game. During our reign of almost 20 years, the number of the DTC footballers has increased to more than 100 persons. It’s another pleasure for us that many young talents have become football fans at us, and later entered professional, first class teams as official players, including DVSC and Ferencváros. In addition to the above successes, another particularly important result for us is the we involve every generation, from very little children to retired seniors.

Our organizer work is unbroken, our big dream is establishing contact with the amateur football teams of the Visegrád Countries, and to organize common international championships.

People’s safety and sense of security has utmost importance for the BOREKO Association. In today’s world, in the shadow of terrorism, secure venue no more exists, anything may happen everywhere. Accordingly, we planned to launch such a sport, which establishes sense of security based on self-defence, which everybody needs and everybody has the right. We needed such a sport, which helps to learn self-defence techniques and inspire people to become active. It was a key moment in the life of our Association, when János Haja, multiple-times national champion, two-times world silver-medal became a member of our Association. János completely acknowledged such aspirations of the Association. As the result of our common work, our Judo Club was established in Létavértes, which has now almost 50 active members thanks to its extraordinary activity, efficient organization and recruiting work. Talent care also plays a major role in the life of the Judo Club, therefore, many young members have become semi-professional and professional competitors. These competitors regularly take part at national and international competitions, where they often achieve serious results, championships, in multiple weight groups and generations.

Our future goal is to organize such an international judo competition, where we can welcome the key competitors of the surrounding countries in Létavértes. In the training camps organized by us, people arrive from several settlements of Hajdú-Bihar county. These training camps focus not only on strength and technical practices, rather on the improvement of mental skills also inevitable for the sport. Our Judo Club, by completely accepting the principle of “healthy soul in a healthy body”, transfers its knowledge to the attendees of the training camp. This is achieved through mental strengthening trainings developing mental abilities and of course physical strength. This is also a pleasure for us that thanks to the comprehensive techniques of judo, participants indeed learn a precious and secure self-defence.

Presumably, thanks to the continuous successes of our young competitors, the number of our members is going to further increase just like in the recent years. Accordingly, we are going to launch trainings at other venues in the near future. In order to promote judo sport, we are going to continuously hold presentations, attend competitions, moreover, organize under the egis of the Association.